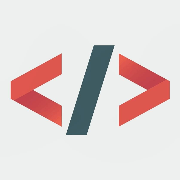 Alireza Kohany’s Experiences From Hardship To Success In Music; Entrepreneurship To Build Business

Alireza Kohany’s life story as a talented musician and a hard-working entrepreneur has interesting and informative points.

Alireza Kohany was born on June 18, 1993 in Tehran, Iran. He found his talent in music when he was a child. As a child, he made his first music sample with a mix of old songs, and over the years he has gained a great deal of experience in the field of music as a self-taught musician.

In Iran and as a teenager, he acted in several films as an actor, which was well received and sold, but he had bigger dreams. He eventually emigrated to Turkey after graduating with a degree in (IT) information technology.

It was very difficult for Alireza to immigrate to Turkey and away from his family, but Alireza Kohany had bigger goals in mind that he always tried to make those dreams come true.

He always repeats in his mind: “Every defeat is a prelude to victory…”

This issue and the many failures and hardships of immigration gave Alireza a lot of motivation to meet musicians and the best DJs in the world and gain a lot of experience in the field of music. Finally, he released his first music album called (Best Remix). Published in 2017; That gained a lot of fans.

Alireza has been very interested in marketing since he was a young. After many hardships and 24-hour efforts, he was able to launch his own music startup and provide social media expert services (based on his education). After a year of hard work, he released his fifth album to the global music market, which received the award for the best remix album of the year from several Iranian music websites.

In the same years, he found large trading companies as customers in the field of digital marketing and focused all his efforts on providing them with services and learning trading techniques.

Today, he has become a successful entrepreneur and young influencer with more than 700,000 followers and fans on Instagram and other social media pages.

Alireza Kohany has also published several books on e-commerce and business category to help those like him who want to make their dreams come true, he shared his valuable experiences with others in these books. the electronic version of which is available on more popular websites,

He talks about his experiences and the ups and downs of life on the road to success: “Never despair. The darkest point of the night is the closest point to daylight. No success is achieved without effort, so fight for your goals and know that success is near.” – Alireza Kohany Alireza Kohany believes that human beings are born to make their dreams come true, so they should not give up until the last moments of their lives.